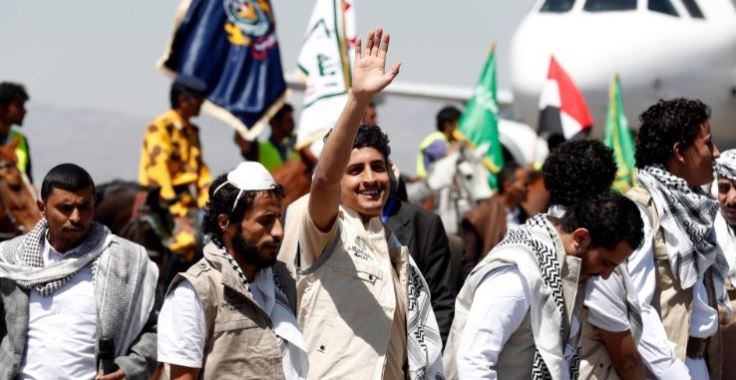 Warring factions in Yemen have exchanged one thousand prisoners under a deal struck last month.
On Thursday, the two opposing sides in Yemen’s ongoing civil war exchanged prisoners in the largest swap of its kind during the conflict
“This operation that means so much to so many families is under way,” Fabrizio Carboni, International Committee of the Red Cross said regional director for the Middle East told the media.
Over 1,000 prisoners departed three airports in the operation which was designed to build trust to enable new talks to end a devastating war which is now in its fifth year.
The swap was included as part of a UN peace deal brokered in Sweden several years ago.
Yemen’s government, supported militarily by a Saudi Arabian-led coalition, and Houthi rebels have conducted sporadic prisoner exchanges in the past.
Mohammed Abdulsalam, a Houthi spokesman said the swap “brings hope for peace-building”.
In a related development, two American hostages held by Houthi rebels were released earlier this week. The remains of a third American captive were repatriated at the same time.
The conflict in Yemen has been raging since 2014, when, working with forces loyal to former President Ali Abdullah Saleh, Houtis seized much of the nation including the capital Sanaa.
Yemen today is the home of the world's worst humanitarian crisis. It is estimated that more than 22.2 million people - or 75 percent of the population - is in need of humanitarian assistance.  The conflict has left 2 million people displaced from their homes.