Pope appeals for closeness and prayers for people of Ukraine 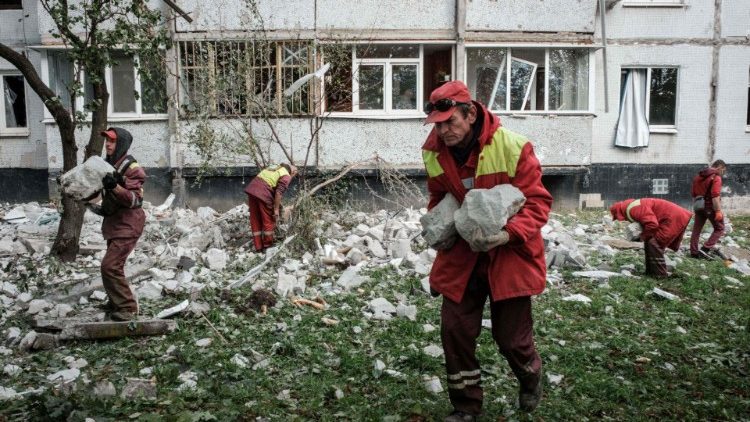 Speaking at the conclusion of the Wednesday General Audience, Pope Francis asks everyone to be close in their thoughts and prayers to the “noble and martyred” people of Ukraine.

Pope Francis said he spoke yesterday to Cardinal Konrad Krajewski who was in Ukraine on his fourth humanitarian and pastoral mission to the nation.

The Cardinal, who heads the Dicastery for the Service of Charity, gave the Pope an update and impressions on what Pope called the “terrible situation in tormented Ukraine.”

Cardinal Krajewski has travelled frequently to Ukraine to bring help to the people and show the Pope’s closeness to all there.

Recalling his phone conversation with the Cardinal at the conclusion of Wednesday’s General Audience, the Pope expressed his profound sorrow over hearing about the suffering of the people, the savagery, the horrendous acts, and tortured bodies they are discovering again there.

He asked everyone to draw close to this “noble and martyred” people who have suffered terribly.