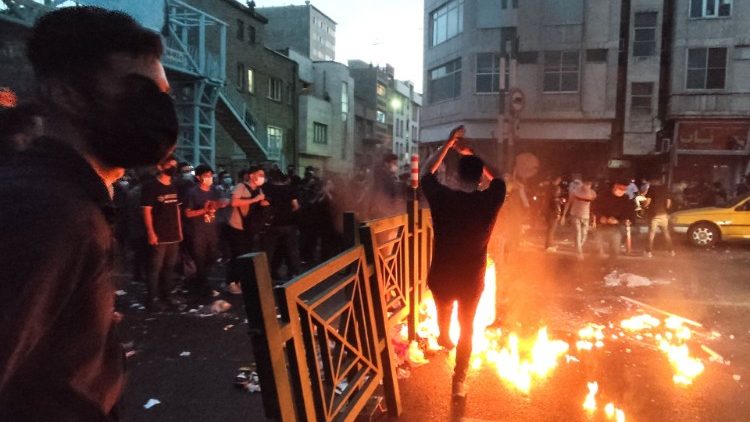 Authorities in Iran have shut down the internet in Tehran and Kurdistan in response to a rising protest movement that has relied on social media to document dissent.

The protests - sparked on 16 September after the death of a 22-year-old Kurdish woman in police detention - show no sign of abating. Earlier, demonstrators set police stations alight as well as torching vehicles.

It is also reported eight people have died in the unrest – six men, one woman and a child – with four targeted by security forces at close range.

The instability comes as anti-government protests spilled online, with videos of women burning their hijabs being shared globally.

The anger centres on the fate of Mahsa Amini. She was arrested last week for supposedly wearing a hijab headscarf in an improper fashion.

Campaigners say Amini suffered a deadly blow to the head, a claim denied by officials, who have launched an inquiry. Police continue to argue that she died of natural causes, but her family believe that she was exposed to beating and torture.

Her death and arrest came amid a government clampdown on women’s rights. Last month, Iran’s hard-line president signed a ruling which expanded penalties for women posting anti-hijab content on the internet.